These two platforms might not be in the ring literally but they´re on your mind. You´ve been thinking about where to put your ad budget.

Who will get the knockout? It´s not what you might think.

These two platforms might not be in the ring literally but they´re on your mind. You´ve been thinking about where to put your ad budget.

The goal of this article is to help you come to a conclusion and make an informed decision. I´ll show you their advantages, and disadvantages, and what to expect when you advertise there.

The bell has rung. Get ready.

According to conventional marketer wisdom, they´re not. A study by Postclick shows that Facebook is still preferred by most marketers. Also, it is the platform most want to advertise on in the future.
However, that doesn´t mean everyone should just jump on the bandwagon and give Mr. Zuck their hard-earned money.

For some industries, it´s very difficult to find their target market on Facebook. Then platforms like Outbrain can be a good option.

Although Facebook is preferred by most advertisers, as you´ll discover later, most consumers don´t share the same preference.

Let´s dive a bit into the history and numbers of these two platforms.

From seeing these stats, it seems Facebook will knockout Outbrain in no time. Sometimes, big numbers can be misleading.
We have to go beyond the numbers to really understand what they mean.

At first glance, you might think these two platforms are very different. That couldn´t be further from the truth.
Here´s why.

At their core, both Outbrain and Facebook are native advertising platforms, where the user intent is similar. Native means associated with the place or circumstances. In other words, native ads look and feel like the content where they´re being displayed.

Native has grown in popularity and it´s expected to be worth over $402 billion by 2025.
This comes as no surprise since consumer behavior is shifting. People are ignoring direct response ads more and more. Native ads are less intrusive and give the user a better overall experience.

Saying users might be a bit misleading since Outbrain isn´t an app but a media buying platform. Through their technology, your ads can appear on different premium publishers across the open web. I want to emphasize the word premium.

Outbrain is known as a discovery network. People who visit these sites are in discovery mode, looking for information but not necessarily about what you offer.

When we talk about Facebook as an app, people want to have a laugh and connect with their friends. The other side of Facebook, which most might not be aware of, is the audience network. This is a conglomerate of approved placements, websites, and apps where your ads can appear.
Similar to Outbrain, people who visit these sites are browsing for information.

However, these placements are often perceived as low quality and low relevance for the advertiser. Most businesses that advertise on Facebook see the best results on placements other than the audience network, for example, feeds.

You already know these two platforms share one thing in common. Essentially, they´re both native platforms.

If they were exactly the same, you wouldn´t be reading this. There are some noticeable differences between the two and that´s what we´ll be exploring now.

It´s difficult to compare both platforms without looking at their average performance.

Again, these numbers are for information purposes and are not guarantees of good performance. Every business is different and results will vary.

In an era where trust is vital for consumers to buy from a brand, social media and publisher content stand apart. A research study concluded only 41% of American consumers trust Facebook.
If we look at other platforms like Twitter, the trust level is even lower.

On the other hand, premium publishers, where Outbrain ads show, get as much as 65% trust amongst consumers.

Trust is one of the reasons native advertising is so powerful and growing in popularity.

What´s Best For You

Finally, let´s take a look at the advantages, and disadvantages of each and which is the one that might be suitable for your business.

Facebook and Outbrain are two great advertising platforms. As you can see, using one or the other will depend mainly on your marketing goals.
You can always choose both as part of your overall customer acquisition strategy, given that you can find your ideal customers there.

Outbrain Ads vs Facebook Ads: Who Would You Bet On?

But as you can probably tell by now, we came to an unexpected ending. There´s no clear winner!
They’re both very powerful advertising platforms that combined with the right strategy can give you customers profitably for years to come.

If you had to put all your chips on one platform, which would it be?

Native advertising is expected to be worth over $402 billion by 2025. Discover what’s driving its explosive growth and what you can do to stay ahead.

By submitting this form, you agree that we may use this information in accordance with our Privacy Policy. We promise not to flood your inbox with useless emails. 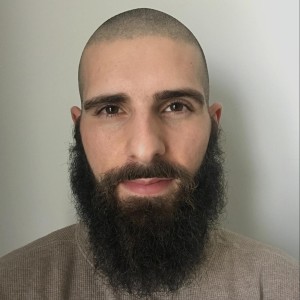 Pedro is an advertising consultant at Advertongue, the world's leading all-in-one, performance-based native agency. An award-winning professional with multi-million dollar budgets spent for a wide range of industries worldwide, across search, social, programmatic display, audio, video and connected TV, specializing in native. Sought out by peers for his creativity, wisdom and positive vibe.

The Best Native Advertising Agencies Have These 5 Things In Common

Already have a list of the best native advertising agencies to work with? It can be tricky to find the right one. Don’t make a mistake. Read this before “shaking hands.”

Confused about the different native ad formats? You’re not alone. Even the experts get it wrong. This article reveals the only formats you need to know. Plus examples.

Taboola vs Google Ads: Who Should Earn Your Budget?

In a contest between two giants in the advertising space, how does Taboola compare vs Google ads? Discover the main differences, pros, and cons and which advertisers each platform is best for.

This website uses cookies to improve your experience while you navigate through the website. Out of these cookies, the cookies that are categorized as necessary are stored on your browser as they are essential for the working of basic functionalities of the website. We also use third-party cookies that help us analyze and understand how you use this website. These cookies will be stored in your browser only with your consent. You also have the option to opt-out of these cookies. But opting out of some of these cookies may have an effect on your browsing experience.
Necessary Always Enabled
Necessary cookies are absolutely essential for the website to function properly. This category only includes cookies that ensures basic functionalities and security features of the website. These cookies do not store any personal information.
Non-necessary
Any cookies that may not be particularly necessary for the website to function and is used specifically to collect user personal data via analytics, ads, other embedded contents are termed as non-necessary cookies. It is mandatory to procure user consent prior to running these cookies on your website.
SAVE & ACCEPT